Works council vs. Executive board? Mutual understanding is the only path to take! 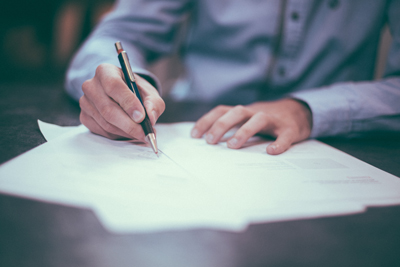 Maybe it’s the inherent differences. Maybe it’s just coincidence. In our 20 years of travel, stopping at many companies on the most varied sectors, we have seen far more uncompromising battle lines drawn between works councils and executive boards than harmonious give and take. So? You may say. That’s normal, their interests are diametrically opposed! Well, yes, maybe there where the gauntlet has been thrown down. And no, not at all, when we join forces to shape the future.

As we see it, the dilemma has three origins. The first is a matter of perspective. What is a businessperson’s focus? Successful entrepreneurial thought and deed demand we have three simultaneous intentions in mind. We must act according to the present reality while holding on to traditions, values, lessons learned and important events from the past in order to carry these on into the future. Our focus is first and foremost on the future. Conducting the present reality has but one purpose: to shape and secure the future.

And works councils? Where is their focus? The greater part of works councils we have encountered direct their attention to the here and now. Okay, you may think, what’s wrong with that? Well, it’s like eating the whole cake in one go. It might feel good at the moment, but then tomorrow there’s no more cake! Besides, the sugar shock doesn’t do my body any good.

The second origin of the dilemma is leaders’ ignorance of a works council member’s role. Nor have many leaders taken an interest in the Labor Management Relations Act. So how can I support my works councils’ work when I haven’t a clue what this work entails? And now you ask, “Why should I support them?” In §2 of the Labor Management Relations Act it is written that employer and works council are to work together in good faith for the well-being of both employees and the company. Here, an appeal to all entrepreneurs, proprietors and business leaders: You represent your company and every employee is a co-worker. The heart of leadership is People Work, with and for your people to give them the opportunity to develop and grow. Your works council draws its salary from your company – they are co-workers! Therefore, it is your leadership responsibility and duty to attend to your works council. Believe you me! If you don’t speak with your works council, someone else will, usually the union representative. And then – if you will excuse my bluntness – it becomes political.  And, like any other system,  a political system’s primary interest is to remain intact. You will find your company no longer focusing on the future but on fighting your next battle.

Not too long ago, we moderated a workshop with the works council of a mid-sized metalworking enterprise. In the course of the workshop, one of the members claimed we were quite obviously on the employer’s side, which made sense to him since the employer was the one paying us.

“Whether you believe it or not,” we responded, “we take neither the employer’s side nor the employee’s side. We are on the side of this business as a whole and where it stands. We could care less whose toes we might step on the process. We are advisors and committed to our mission, which is to represent our clients as if this were our own company.” Which is exactly what our clients say makes the difference. They are looking for a confrontative sparring partner, not a conforming coach or trainer. And since our work is People Work, we build relationships based on trust and mutual appreciation – familiar and in confidence. And when it’s called for, our appreciation expresses itself in an unsettling manner, no matter if our counterpart is an executive board or employee committee member. “Our goal is your next step!” Our slogan is clearly future-oriented and the same should apply to the relationship between executive board and works council.

So, now to the third cause of our dilemma. Works council members are elected! Might sound strange, but so it is. Works council members are like politicians. After being voted in for the first time, they carry an enormous responsibility, but haven’t the slightest idea what is coming at them. A common occurrence in politics. The same goes for people taking on a position in an organization or association. Or a works council.

As a rule, every company leader (yes, you, too) has had at least 10 years to prepare for their current position. You’ve taken on a great many leadership roles on varying levels and most likely in varying departments. Only then did you (and your colleagues) come to your company’s higher management, maybe even on an executive level or on the board of directors.

Works council members are elected, have zero to five minutes’ time to prepare for their positions before they must face their leaders. All this without having a grasp on the entity Company as a whole. A situation we have encountered most often throughout our career. A situation that oh-so-often leads to misunderstandings and conflicts, stymying communication, engendering new conflicts, ad infinitum. So, where does the discussion stop and the conflict between EB and EC begin? What  constitutes a conflict is often subjective. But you can certainly call it a conflict when irreconcilable differences emerge from a discussion, trenches are dug, and the siege begins. The result? A dramatic drop in productivity and work performance. Then 70% of the energy intended for work is invested in the conflict.

Just as leaders need time to prepare for their positions and tasks, so do works council members. And I don’t mean a union-led five-day seminar on the Labor Management Relations Act. Also, good. But more important are soft skills and business management training.

Before pilots take the helm of a passenger carrier, they spend hours in a simulator, learning to fly. The risk of human error is simply too great. “But of course! Human life is at stake!” you might say. Certainly, and so are human livelihoods when company leaders make errant decisions. It’s worth your while to work towards resolving the dilemma, toward developing mutual understanding that can prevent conflicts and problems before they arise.