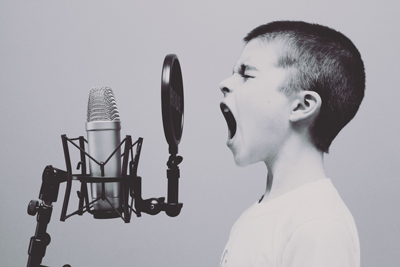 When typing the word ‘communication’ in the Google search box, the first hits you come up with are ‘What is communication’; ‘How does communication work’; ‘Communication models’, and ‘Do-it-yourself communication’. So obviously, these days, our kids are breast-fed on communication models such as those from Schulz von Thun or Watzlawick. Apparently, though, older generations are also accomplished in the art of communication, rolling their eyes in omniscient ennui when catchwords like the 4 Ear Model make the rounds. Why is it then, that our everyday communication is riddled with problems? All those minor, or major, conflicts at work or at home arising from simple misunderstandings or misinterpretations of messages sent. Evidently, many of our fellow human beings, (or perhaps we ourselves), are not so utterly hip on how communication really works.

Just have a look at the encryption phenomenon. Every message a speaker transmits in conversation bears an underlying, encrypted subtext the listener must then decode. But what if the receiver’s cipher differs from that of the sender and the deciphered message takes on an altogether different form? Static arises when the receiver does not recognize the signals the sender sent. A conflict is triggered by idiosyncrasies permeating the sender’s encryption – terminology, culture-specific renderings, dialect, facial expressions and gestures. At the same time, the receiver’s decoding is influenced by his/her idiosyncrasies, assumptions and ideas.

And then there’s the receiver’s perception-filter that judges the message, powerfully influencing just how it is decoded. Every receiver has a variety of perception-filters serving his or her interests, motivations, personal associations and experiences which can lead to incoming messages being interpreted in a myriad of ways. The absorption pattern, however, is always consistent: a receiver first perceives, then interprets, then ultimately judges a message. Should the sender and receiver have disparate filters and codes, misunderstandings are practically pre-programed.

Now, when you consider that today’s professional communications rarely take place face to face but rather primarily over electronic channels such as email and WhatsApp, communication challenges are redoubled. On the one hand, digital messages are stripped to their bare subject matter bones and contributing factors such as voicing nuances and body language do not influence interpretations. Therefore, you would think digital communication is less prone to conflict than personal exchange since it only conveys the hard facts. Yet, taking a second look at everyday professional life, digital communications are also peppered with frequent misunderstandings. For example, the mere omission of a laughing emoji (if used at all) can lead to your counterpart’s speculation and a plethora of misinterpretations.

Here, we refer to Mehrabian’s 7 38 55 rule that asserts the impact of a sent message is distributed over three channels – voice, body language and content – with body language being the most influential at 55%, followed by voice at 38%. The actual content effectuates a mere7% of the message’s significance. To elucidate, look at this simple sentence, “I didn’t say you beat the dog.” The sentence has only 7 words and still can be freely interpreted. If the first word is stressed, then the listener assumes it wasn’t I who made the statement, it was probably someone else. If the fourth word is accented, then it wasn’t you who beat the dog, but most likely another person. Consequently, when I send an email to a colleague, he or she can interpret it in a variety of ways since digital channels fail to convey 93% of the message’s impact.

And then, pressing deadlines often lead to hastily written messages conveying curt instructions, dispensing with a congenial communications atmosphere. Here, first and foremost you as a leader should consider which communication style promises the best results from your employees. If your leadership style is primarily cooperative or situational in the flesh, it should also have these qualities in your digital communications and not suddenly confront your employees with direct, authoritative commands when they open your emails or WhatsApp messages. Without a doubt, employee communication is an essential aspect of your leadership culture and, in times of Communication 4.0, should not be underestimated.