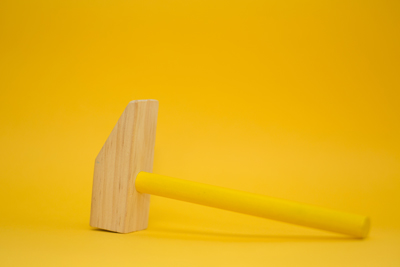 If you have ever looked into topics concerning leadership and coaching, you have most likely encountered titles such as A Leader as Coach in trade journals or in the pages of training providers. But does it really make sense for leaders to become coaches for their employees? Or is every leader automatically a coach? Probing into this question requires expanding on the issue somewhat. We must first view human personality and coaching in general before circling back to the coaching-leadership combination.

The greater percentage of psychologists agree that 70% of a human’s personality is shaped genetically. Attributes such as openness, extroversion or introversion, creativity, diligence or optimism make up a personality, 30% of which is forged by external factors such as conditioning, upbringing and education. By the time we are 6 years old, more or less, 92% of our personality is constructed. At about this time, we have formulated our first precepts and developed values. Our personalities are “complete” somewhere in our late teens, which doesn’t mean we stop learning. That’s the beauty of being human, we continue learning our entire lives. The belief that the older we get, the more difficult it is to learn is poppycock. Perpetual learning and attention to our personal learning process keeps our brains alert and prepared to absorb new information. Hence, coaching does not alter a person’s personality — we speak of personality development, not personality change – coaching serves to awaken existing (perhaps slumbering) potential and directing it toward the coachee’s desired end.

Now, awakening and directing employee’s potential is a lovely notion, isn’t it? When we look at Kenneth Blanchard’s situational leadership model, the third, of four maturity levels, is called coaching. In this model, coaching as a leadership style does not entail making recommendations to a coachee or employee. And it certainly doesn’t mean telling them what to do. Coaching as a leadership style means to engage in dialogue; means the leader poses the right questions; means he or she inspires employees to find the right answers for themselves and their personal process.

Coaching requires a powerful mutual trust between coach and coachee. A coachee must feel comfortable with his or her coach, which is how relations should be between an employee and his or her leader – essentially and inalienably built on trust. Two fundamental conditions, two scenarios. Nonetheless, an employee may prefer taking highly personal issues to an external, neutral party instead of to their leader. Despite a foundation of trust, an employee may still feel uncomfortable exposing weaknesses to a leader but would do so with a coach.

On the other hand, from time to time, a leader can be hard put to seamlessly switch roles from coach to leader and back again. Or to keep the two roles clearly defined and separate. All the same, there are many coaching and/or psychology tools (coaches and psychologists often work with the same instruments and models, they only apply them differently) that could provide a valuable supplement to a leader’s treasure trove of tried and true techniques and models. There are, for example, questioning techniques, Schulz von Thun’s values and development square, Eric Berne’s transaction analysis or our own model, story changing®, to name just a few.

Of course, you can apply coaching tools exclusively to self-reflection, probing your own leadership style. You can also implement the tools as an integral aspect of leadership processes without any name-dropping. And, naturally, you can openly and transparently engage coaching tools when you and your employees collectively contemplate an issue to nudge processes – even if they’re only thought processes – ahead.

In the end, we must admit that we are not enthusiastic advocates of the concept leader = coach. We do, however, wholeheartedly promote the use of coaching tools for those in leadership positions. Let it be said that for you as a leader it is certainly worth your while to investigate the topic of coaching.