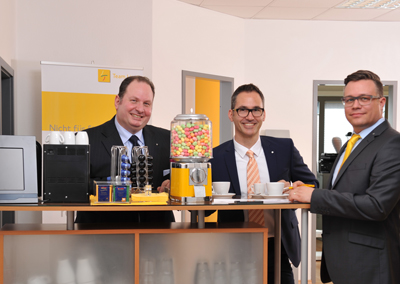 The driving forces behind Team Liscia have kept their promise “We will surprise you in 2015” and have changed their name to Liscia Consulting GbR.

“We have planned several surprises for this year.”, disclosed Gianni Liscia, one of Team Liscia’s three managing partners, which from March 1st, 2015 on is no longer called Team Liscia but Liscia Consulting. “This new development reflects the current status of our company and makes our position on the market much more evident.”

Fifteen years ago Gianni and Marcello Liscia entered the consulting business. During this time they have made themselves a name as experts for change processes with an ever growing sector in managerial staff development. “Basically, we are leader-makers.”, says Marcello Liscia, who together with Gianni and Jan Liscia, runs Liscia Consulting. “Because of this, we have made a strategic decision to offer all of our seminars under the designation of ‘managerial staff development’.”

Liscia Consulting has not only specialized in developing managerial personnel but also in making managers. What lies behind that is very rare in Germany – Liscia Consulting offers not only strategy consulting but also process accompaniment and implementation on the job. “We don’t see ourselves as coaches or trainers but as company consultants who coach and train.”, explains Gianni Liscia. “Our clients come from special areas like operations, sales and finance because they have a problem or question for which together we develop strategies and concepts which can then be implemented. In fact for the last seven years we have been doing this increasingly in an international context.”

Currently, Liscia Consulting operates in 16 countries and to 80 percent of the time in English. In addition Liscia Consulting offers its services in Italian and French. “This clearly shows our strength in negotiating within an international context.”, comments Jan Liscia.

The consultants attach great importance to their very pragmatic, hands-on oriented focus in everything they do. “For us the why-question is second place.”, emphasized Gianni Liscia and adds, “The questions – Where do we want to go? What can we change now and how do we do it? – are much more important for us.”